On one of my trips to China in 2017, the emergence of a new ‘channel’ at the airports for BRI personnel became apparent. As a Brit, I was not familiar with BRI and so, intrigued, decided to inform myself of why BRI VIPs could fast-track through airports?

The BRI initiative is one of the biggest investments of the Chinese government and to China-watchers, is a big deal. I immediately realised I was out of touch and so needed to know more. It was only launched in 2017, and as such is not yet common parlance on the ground in China, so for most of the people I talk to, this has not yet had a major impact. But it will.

BRI stands for Belt and Road Initiative (One belt, One road). That is a modern 21st Century descriptor for the new Silk Road – since the BRI intends to re-build a 21st Century Silk Road to network Asia to Europe and Africa. ‘One belt’ refers to the land network (the new silk road from China to Europe) and ‘One road’ refers to the maritime network (sea routes to Africa and the Med).

The final routes have not been 100% confirmed yet, but most interpretations of China’s intentions are per the map published by PWC in 2017: 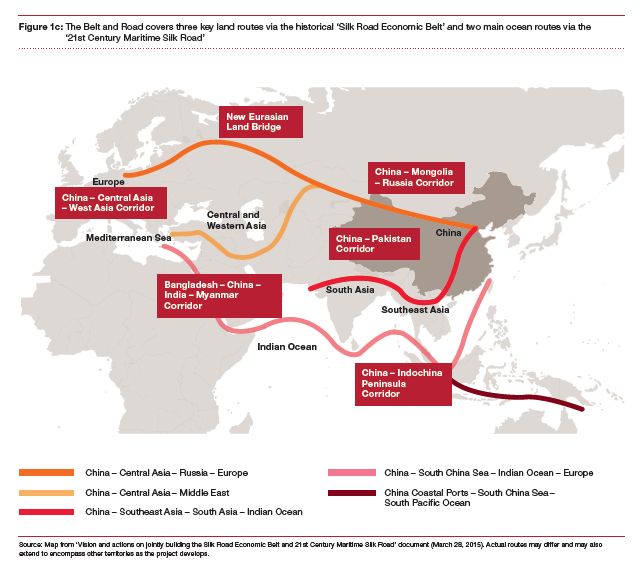 The BRI represents an intent to change and replace old trade routes, and to ease flow of goods to China’s advantage. Since it was first outlined in 2013, more than 100 countries have signed up already and 65 are actively involved (see the PWC graphic below). The reason: firstly there is a $5 trillion infrastructure project spend associated with the new routes. Simply, China is investing in the ‘project of the century’. Secondly, each country touched by these trade routes should benefit by its proximity. And, importantly, those countries not touched and not participating stand to lose. 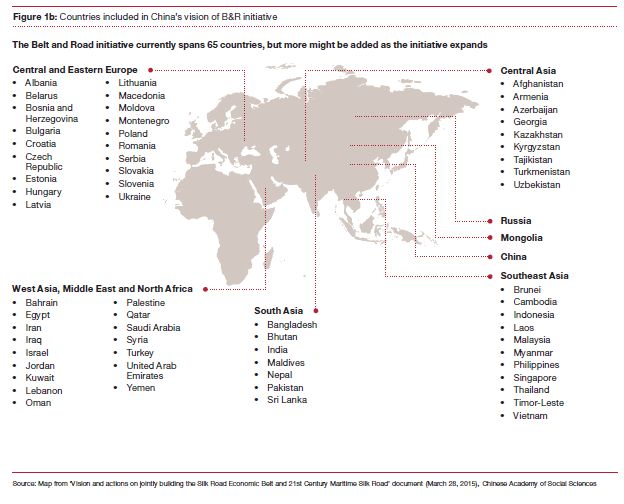 For clients working not just with China, but with countries close to the BRI initiatives, there are implications for long term opportunities. An outline of five areas of opportunity is identified by the Hong Kong Trade Development Council: 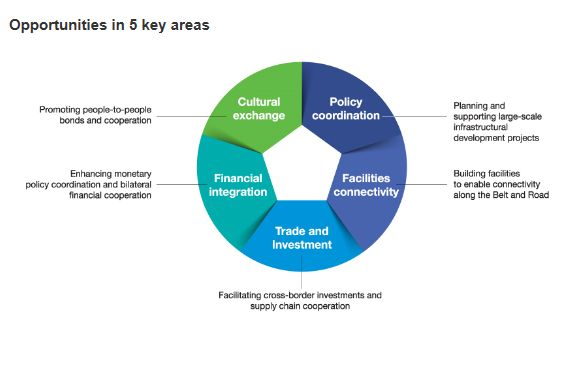 There is some excellent reading matter on this subject, and as clarity emerges, more will be produced. But it is clear that international talking heads believe that BRI will be a game-changer in terms of its economic impact.

We service a number of clients in China and have a dedicated team based there. If you would like to talk further about opportunities in China, please get in touch by emailing [email protected].

We are open and operating as normal. We hope that all of our clients and partners are staying safe and healthy.